So she wants to be on stage 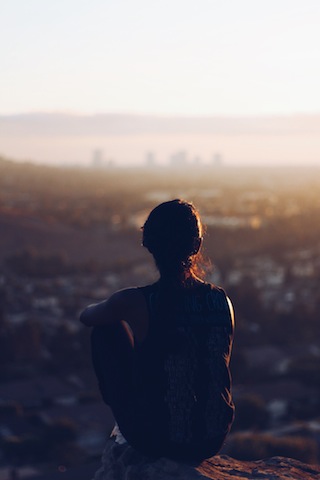 Last year I worked with Sophie (I’ll call her Sophie). Sophie badly wants to be on stage. She lives and breaths performing, and always has. She’s the girl at parties who is up on a table performing Broadway songs; she knows all the words-she will not stop!!

What if that’s your kid; who, by year 10 is still taking classes in drama and music, outside of school, and is determined to study subjects such as VCE Music Performance and Theatre Studies, in year 12? What will you say when your young person tells you, he or she wants to be on stage?

Sophie studied VCE Music Performance and Theatre Studies. Meanwhile, she was attending a full day Musical Theatre workshop, on Saturdays, and performing in a big school musical production. It seemed like a real stretch, but she would not give an inch. Is this beginning to sound familiar?

As for her parents, I salute them for being behind her all the way. She clearly has something special, plus she has a big dream. It’s like the dream my husband had when he was 18. He wanted to ‘be’ Seve Ballesteros and win the British and American Open. Lucky for him, his parents supported his passion and off he went for two years to give it a go. A few years and lots of hard work (even a round of golf with Seve) later, he went back to uni and got himself a “proper” job, and now he plays the amateur games at weekends.

But who’s to say what a proper job is anyway? What if your child’s dream turns into something amazing, if just for a while? Transferable skills abound from performance training, and so I say it’s not wasted years. And while I don’t see ‘Actor’ listed as one of the job growth categories, it’s not a dying profession either – we all want to be entertained, and who knew a few years back that Circus Arts would be so in demand because of the Cirque de Soleil factor! So long as your son or daughter is prepared to: work really hard; train after school; take holiday programs; and keep her eyes on the prize, then it may just be best to get behind it. After all, who wants to look back and say, “I wish”?

There are so many different application requirements for subjects such a performing arts. These include:

for some, but not all, you apply through the relevant admissions center, either here or overseas. This might mean applying through VTAC, QTAC, TISC, or others, and UCAS in the UK, for example

sitting an entrance exam, for example to attend an American College

completing audition application forms and making payments for these

So if you have a young person who wants to be on stage and is vying for one of the small number of places at performing arts colleges and universities, the road ahead is potentially a bumpy one, but that can be said for so many career choices. Sophie is one example of a 18 year old who knew what she needed to do and possessed the motivation, courage, and perseverance not give up trying until she got where she wanted to be.

She hasn’t met, or acted with Cate Blanchett yet, but watch this space!